Horse Diseases > Diseases of the bones

Diseases of the bones 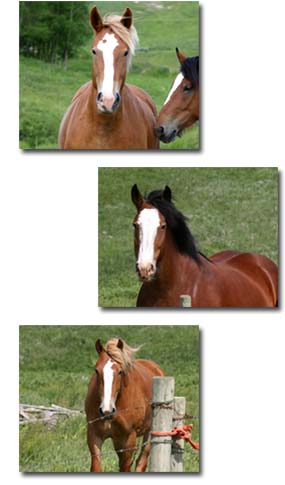 Periostitis and Ostitis
We head this section, Periostitis and Ostitis, for the reason that in actual practice it is rare for one of these affections to occur without the other. The periosteum and the bone are so intimately connected that it is difficult to conceive of disease of the one failing to communicate itself in some degree to the other. Pathologically, however, and for purposes of description, it is more convenient to describe separately the abnormal changes occurring in these two tissues.

With the main phenomena of inflammation occurring elsewhere we presume our readers are aware. Briefly we may put it, that under the action of an irritant, either actual injury, chemical action, or septic infection, the healthy tissues around react in order to effect repair of the parts destroyed. Also that this reaction involves the distribution of a greater blood-supply to the part, with an abundant migration of leucocytes, and the outpouring of an inflammatory exudate, together with symptoms of heat, pain, redness, and swelling of the affected area.
And that in chronic inflammations, owing to persistence of the cause, the process of repair thus instituted does not stop at mere restoration of lost tissue, but continues to the extent of forming an abnormal quantity of such tissue as normally exists in the parts implicated.

The process of inflammation in bone is essentially the same. It takes place along the course of the bloodvessels, and is only modified in its attendant phenomena by the structure of the parts involved. Swelling, for instance, cannot take place in the centre of compact bone tissue. Otherwise, other changes occur exactly as in inflammations of other structures.

When the causal irritant has been excessively severe and the migration of leucocytes abundant, actual formation of pus may occur, the bony tissue being broken down and mingled with it, and an abscess cavity formed. In milder cases, affected and necrotic tissue is removed by a process of phagocytosis, and new tissue (this time osseous) formed in its place.

In the periosteum we may take it roughly that inflammation runs a course similar to that occurring in soft tissues elsewhere. There is but one exception, and that, as we shall mention shortly, is connected with its deeper layer.

As we know, the periosteum consists of two layers, an outer fibrous and an inner yellow elastic, and is extremely vascular. Numerous bloodvessels ramify in it, and, with their attendant nerves, break up to enter the numberless canals of the Haversian system. This extreme vascularity, of course, favours abundant exudation. The exudate, however, is, as it were, shut in by the dense fibrous layer of the membrane, and the result is that in periostitis it collects between the membrane and the bone, causing swelling and raising of the membrane, and giving rise to excruciating pain from pressure upon the nerves.

Should the periostitis be complicated by the formation of pus, then the vessels entering and supplying the bone are, in the suppurative area, destroyed. With their destruction it may happen that we get also death of a portion of the osseous tissue. This, however, when the suppuration is abundant, cannot commonly occur, as the bloodvessels within the bone—those of the medulla—commence to supply blood to the affected part.

In cases of trouble with the bones of the foot, these last few remarks have a special significance. Here we have three bones whose medullary cavity is extremely small — almost nil — which explains in some measure how easy it is when suppuration exists to get necrosis and exfoliation of, say, portions of the os pedis. Necrosis and sloughing of the periosteum itself may also happen, but as the extreme vascularity of the membrane is a fairly strong safeguard against that it is of only rare occurrence.